ILO ESAP 2: Interview with Aleksandar Ristovski, author of the Analysis on Collective Bargaining in North Macedonia 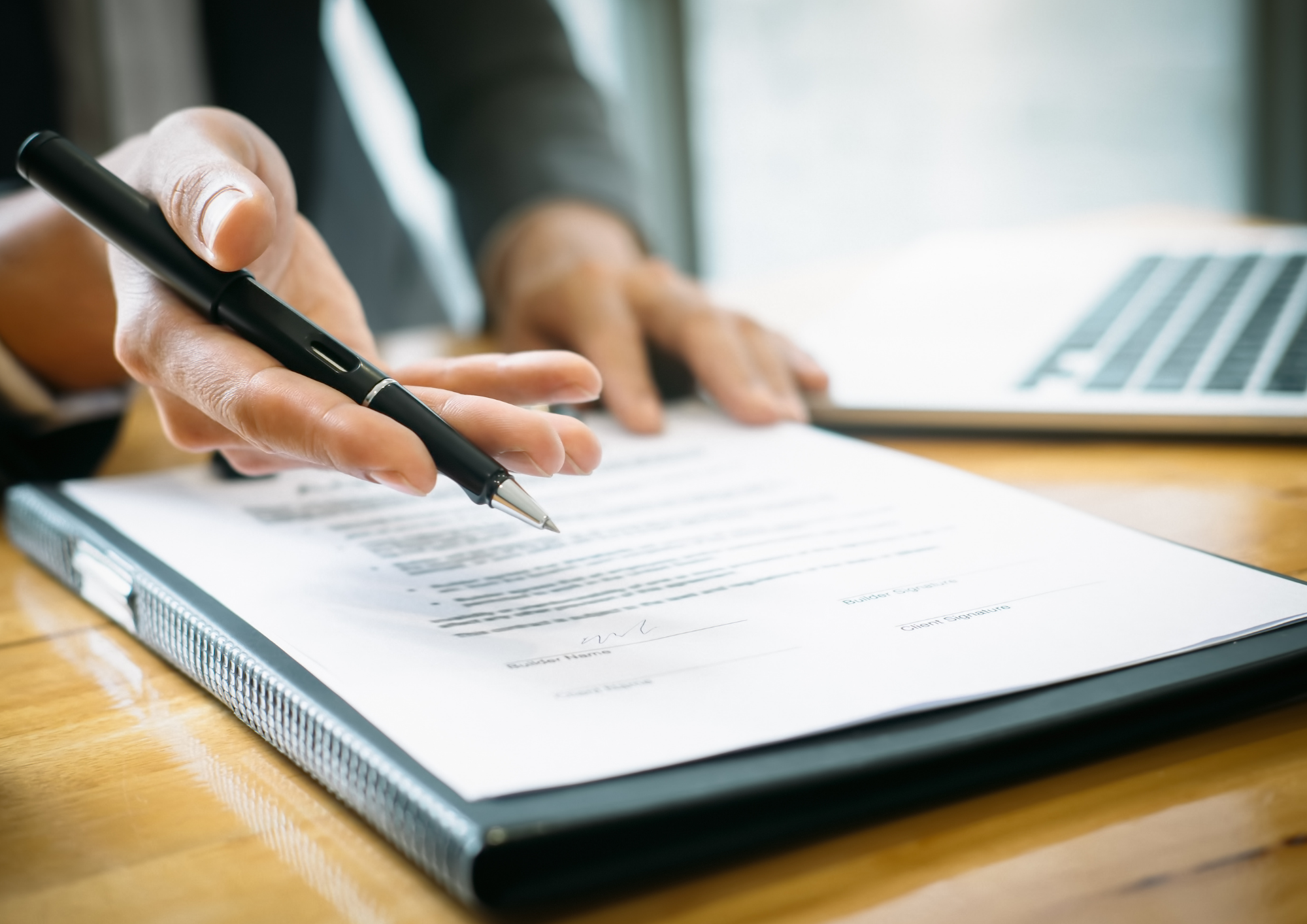 The analysis can be downloaded here (in English) and here (in Macedonian). 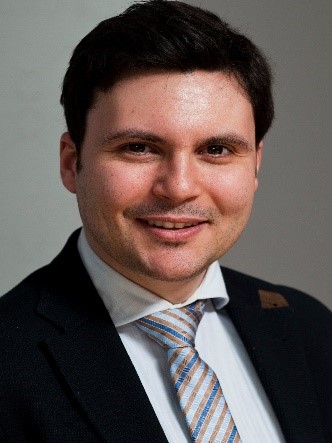 The successfulness of collective bargaining in North Macedonia depends on a number of different factors. Some of these factors are external to the parties involved in the collective bargaining (workers' and employers' organizations), and despite the political and economic conditions and the level of democracy in society, they largely relate to the legal framework governing the industrial relations. Others, primarily refer to the internal capacities of the workers' and employers' organizations, the size and diffusion of their membership, the culture and dynamics of the social dialogue, etc.

Of great importance, both for individual and collective labour law (including collective bargaining) is the issue of expanding the scope of persons entitled to establish and join a trade union and, as a consequence, to bargain collectively. According to the current labour legislation, the exercise of these entitlements is intended to the narrowest scope of ‘employees’ with concluded employment contracts, excluding several other categories of workers such as informal workers, workers in disguised employment relationship and casual workers, not to mention the self-employed. While the tripartite social dialogue has been significantly enhanced in the recent years, collective bargaining, especially in the private sector, has not experienced the same improvement. From 2016 as of today, neither a new collective agreement at a branch level in the private sector has been concluded, nor have the existing ones been extended or amended. In my opinion, main reasons for this are lethargy of the parties involved in the collective bargaining, and lack of willingness to find mutually acceptable solutions in conditions of collective bargaining. The inertia in the approach to collective bargaining is sometimes a result of the fact that many collective agreements are concluded for an indefinite period of time or contain clauses for automatic extension of their validity, which in some cases has a deterrent effect on the dynamics of collective bargaining.

A true picture of the state of collective bargaining in the country is also revealed by the data on the representativeness threshold of trade unions (only 6%) and employers’ associations (only 11.15%) in the private sector, as well as the union density (which at a rate of 17, 29% is lower than the EU average rate of 23%). The dynamics of collective bargaining in the public sector is significantly better compared to the private sector, but in this sector as well, no new collective agreement has been concluded at the national level for more than a decade. It is expected that the new Labour Relations Law, when enacted, will address the issues and dilemmas encountered by workers' and employers' organizations, and thus will provide a new impetus to the challenges facing collective bargaining in the country.

The analysis showed that most of the collective agreements are copying each other, without adequately reflecting the specific sectoral interests and needs of workers and employers. Moreover, in certain sectors that employ a large number of workers (trade, transport, construction) and which were significantly affected by the crisis caused by the COVID-19 pandemic, no collective bargaining, i.e. no branch-level collective agreement has been concluded.

Undoubtedly, the main issue for collective bargaining in North Macedonia is the issue of wages. However, the determination of one of the most important components of remuneration (the amount of the national minimum base wage) is subject to tripartite social dialogue and statutory regulation, not collective bargaining.

The importance of the national minimum wage is reflected not only in the protection of the existential minimum threshold of all workers in the country (whether or not they are covered by a collective agreement), but also in the cases where workers are covered by a collective agreement, in its contribution in establishing the lowest base salary for different jobs depending on the group in which the jobs are ranked and the coefficient of complexity assigned to them.

In the past ten years, the national minimum net wage has soared by more than 100% (from 8,050 MKD, i.e. 130 EUR in 2012 to 18,000 MKD, i.e. 292 EUR as of April, 2022). However, the increase in the national minimum wage has not been reflected in a symmetrical, spiral increase in other wages regulated by collective agreements. The reasons for that, to a certain extent, can be attributed to the fact that the lowest sectoral wage (as a calculation value for determining the other wages for higher-ranked jobs) in several branch-level collective agreements, is set at a lower amount than the national minimum wage.

In other collective agreements, the amount of the lowest sectoral wage is not determined at all. All this shows that at the expense of regulation of the amount of base wages, in collective bargaining in North Macedonia, more attention is paid to certain, additional quantitative aspects of remuneration (for example, of wage supplements for overtime work, night work, holidays’ work, etc.), which, despite having undoubted importance in determining the overall salary of workers, are of secondary importance in relation to the base wage.

Rather than focus on less substantial technical details, the negotiations for new, innovative content in collective agreements should include the introduction of flexible working time, work-family balance policies oriented towards the needs of workers,  prevention and protection against harassment and sexual harassment in the workplace, which are not on the focus of trade unions and employers' organizations. Unfortunately, in conditions of a pandemic, a significant issue which, despite its great application in practice, still remains unregulated both within the Law and by collective agreement, is telework.

All in all, I see the introduction of new and innovative content in collective agreements as a result of two factors - the modernization of labour legislation, in order to serve as an incentive for further regulation of innovative content by collective agreements and the continuous and ongoing enhancement of capabilities of workers’ and employers’ organizations and education of their membership. 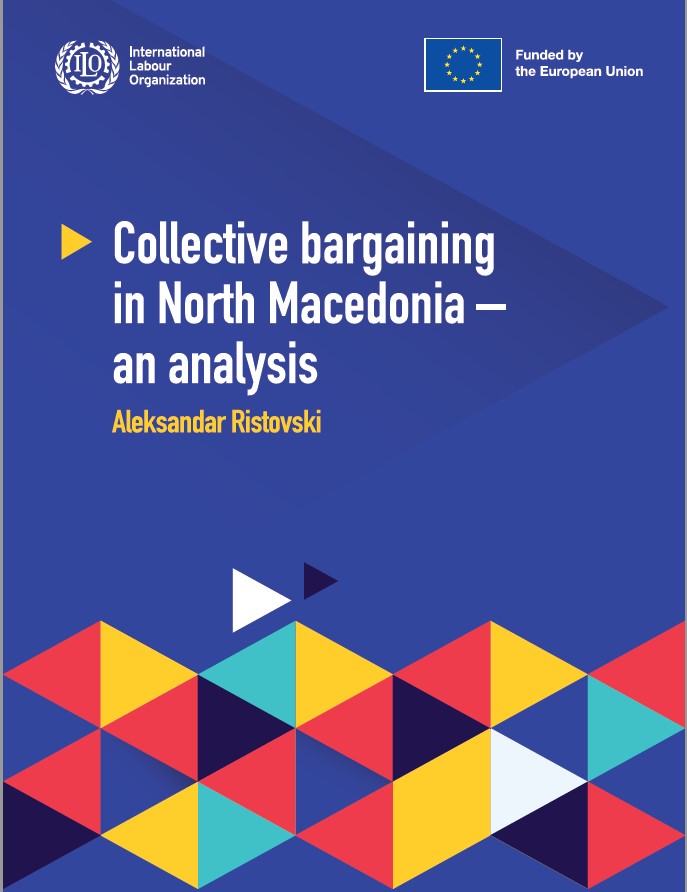 However, despite the parallel existence of diverse ‘channels’ for amicable settlement of collective labour disputes, parties rarely entrust ‘external’ facilitators (conciliators or arbitrators) with the resolution of such disputes. In the absence of any official data, anecdotal evidence shows that the number of successfully resolved collective disputes by conciliation in North Macedonia is in single digits. The reasons for this situation could be sought in the lack of will, information and trust of the parties involved in the collective labour disputes in the legal mechanism for peaceful settlement of labour disputes and impartial and professional conciliation.

In the future, additional efforts are needed, both in informing and educating workers' and employers' organizations about the benefits and significance of conciliation in the overall development of social dialogue, and in strengthening the capacity of professional conciliators and arbitrators in resolving labour disputes. 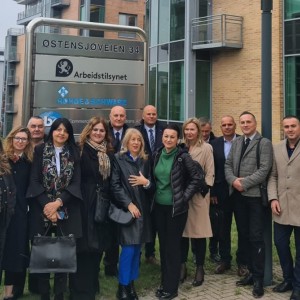