Self-employment programmes in the Western Balkans discussed in Pristina

Prishtina – Representatives of Ministries of Labour and Public Employment Services (PES) from the Western Balkans discussed self-employment programmes at a two-day regional workshop within the framework of the Regional Cooperation Council’s (RCC) Employment and Social Affairs Platform (ESAP) project, held in Prishtina on 11-12 April 2018.

Nand Shani, Team Leader of the RCC’s ESAP highlighted the importance of peer reviews on priority employment programmes selected by each economy,stressing the focus on exchange of experiences, learning and identifying transferable aspects of the programme in the process.

Feim Osmani, Director of Finance and Administration of the host Ministry of Labour and Social Welfare said that self-employment was the main component of their Employment Agency’s sectoral strategy and the policy orientation, which aim to expand employment services and active labour market measures.

The external evaluation of the implementation of current self-employment programme in Kosovo*, as Osmani presented, pointed to a comprehensive scheme: women and minorities constituted 38% and 34% of the applicants with a business idea, while 45% and 34% of the grant recipients were from the same groups, respectively. 77% of the beneficiaries in 2015 and 90% in 2016 were still active at the end of 2017.

Drin Haracia, Director of the host Employment Agency added that during 2015-2016, around 12.5% of budget for active employment measures was allocated to the self-employment scheme, explaining that the major components included:training in basic business management skills; grant support; and mentoring.

In the same period, the Agency, according to Haracia, had over 500 applications out of which more than 200 applicants went through entrepreneurship  training and over 80 received grants. The self-employment programme’s positive factors, in this experience, include: lots of applicants; well-developed process of application and selection; and detailed operational guidelines.

The second day of the workshop was devoted to practical experiences of self-employment cases illustrating “the policy in action”. During this field session the participants visited two enterprises where the self-employment programme is implemented in practice and had the opportunity to talk to the delivery staff and/or the beneficiaries. The field tour of the workshop also included visit to the PES office in Mitrovica.

The workshop enabled an elaborate exchange of experiences between the participants who reviewed existing practices, focusing on the potential transferability in their domestic context. To this regard, both facilitating and constraining factors were highlighted and the main messages emerged from the peer review were summarized.

* This designation is without prejudice to positions on status, and is in line with UNSCR 1244 and the ICJ Opinion on the Kosovo declaration of independence. 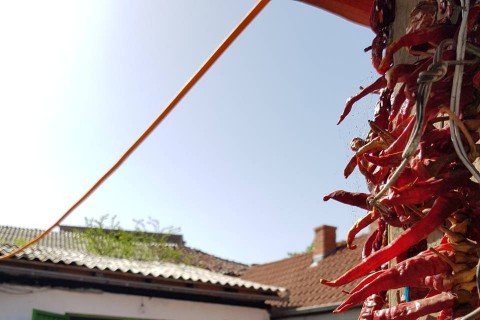